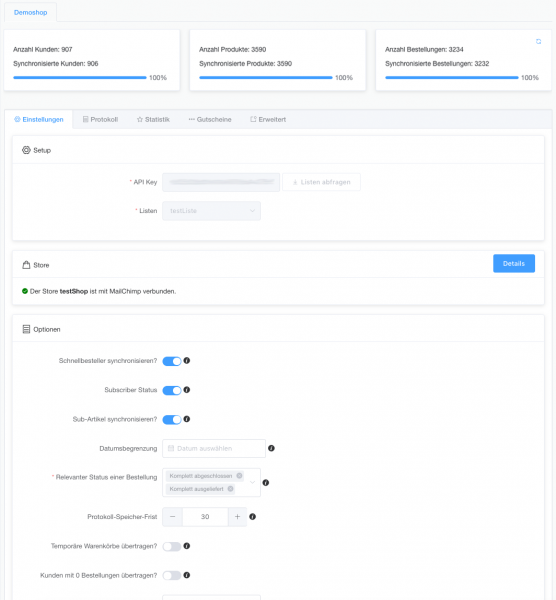 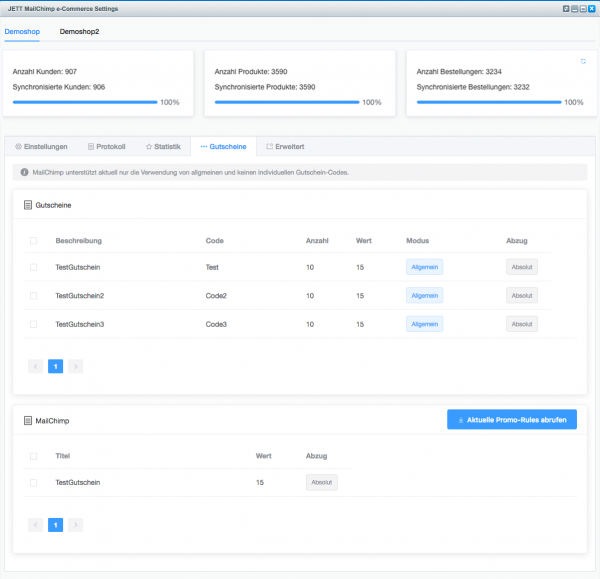 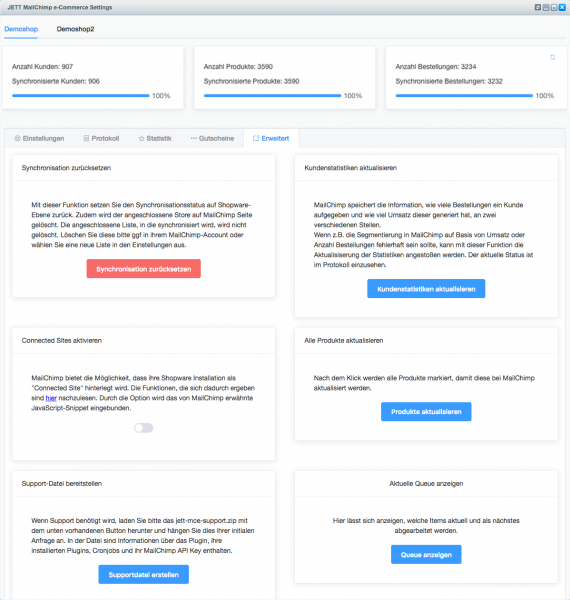 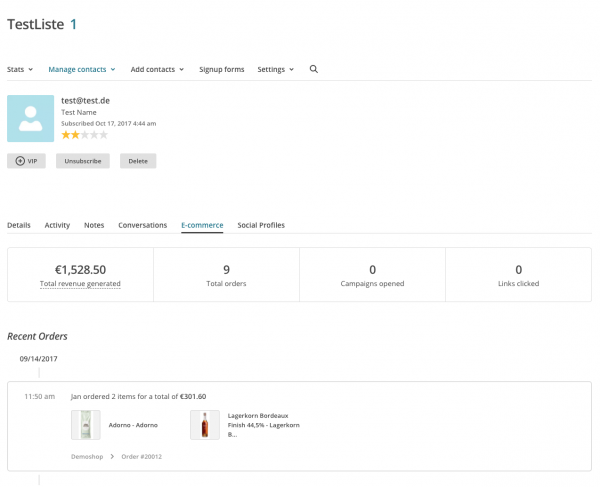 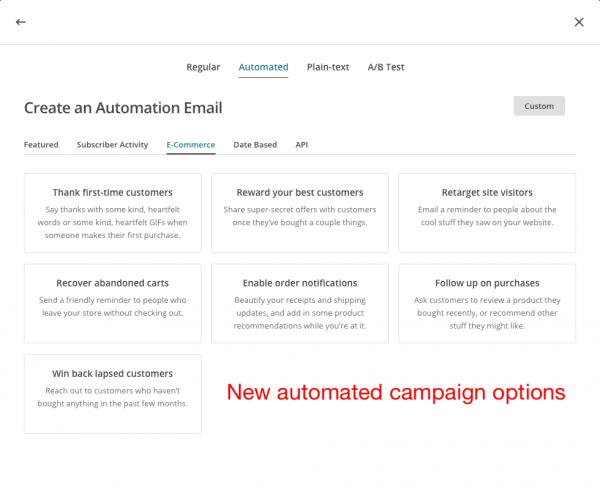 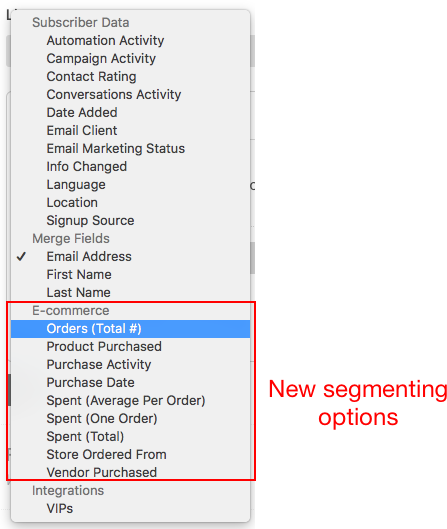 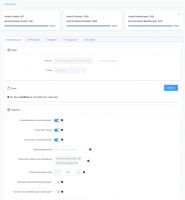 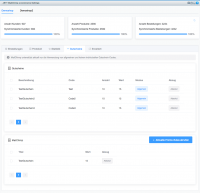 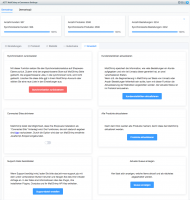 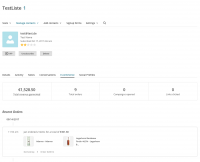 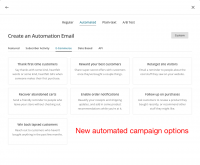 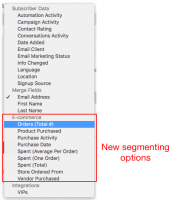 MailChimp can do more than just send a newsletter! If you use MailChimp and want to use the data stored in the shop for targeted customer approach, as well as motivate shopping cart dropouts to buy, our plugin is just the thing for you.

In addition to classic newsletter recipients, MailChimp offers the possibility to process e-commerce relevant data and this gives you the opportunity to analyze customers or subscribers with regard to their buying behavior and to segment their marketing campaigns in a more targeted manner.

With the help of this plugin, you can connect your shopware shop with the e-commerce functions provided by MailChimp and in the future you will be able to generate targeted benefits for MailChimp and, as a result, generate more sales.

After installing and configuring the plugin, our plugin starts working and syncs your customers, products and orders to MailChimp. You can easily track the progress of the synchronization in the backend.

This plugin is multi-shop capable, which means you can create your own configuration for each SubShop.

Do you have questions about the plugin? Then take a look at our manual or write us an e-mail to: support@mc4sw.de

Super plugin and even better support!

I have bought the full bundle. Had some small setup issues that where fixed within 15 minutes after my first support request. Never had this kind of fat support from a shopware plugin developer.

If you are doubting to buy this plugin, definitely buy the bundle to get the max out of mailchimp and all the features. These days you have to email more segmented, and this plugin can fix that for your and sync (in my case 6500 skus) to mailchimp.
And hopefully in the future in Englisch.

Great job and even better support!

- Products can be deleted in the "Data" tab.

- Orders can be deleted in the "Data" tab.

- Customers can be deleted in the "Data" tab.

- Products can be cleaned up in the "Advanced" tab.

- Unsubscriber synchronization can be deactivated. Please note the information in the manual.

- Small improvements in synchronization have been implemented.

- Version 1.4.3 had an issue with the transmission of the subscriber status setting.

- The processing of subscribers who have the status "unsubscribed" has been improved.
- There is now a data tab that makes it easier to see which data has been synchronized.
- Entries that have not yet been processed can be deleted in the plug-in window.

- When registering the Mailchimp Store, an API change in Mailchimp could cause an error.

- Products that have been translated into subshops will now be sent to Mailchimp with the correct language.

- Minor improvements have been implemented.

- Fixed a bug that could occur when determining product categories and interfered with synchronization.

- The plugin has been translated into English.

- There are two options to transfer product categories.

- Optimizations regarding the settings view have been implemented.

- The synchronization has been improved.

- PHP 7.2 compability has been improved

The calculation of the statistics has been improved.

1. Compability with Shopware 5.4 has been improved. 2. The supplier of a product is transferred to MailChimp.

We implemented some changes that result in a more reliable synchronization.

- There is a new option to ignore custom tax rules.

- The functionality has been improved in various cases.

We implemented some changes that result in a more reliable synchronization.

We fixed a problem that occurred when Shopware version < 5.2.7 has been used.

Under certain circumstances, the subscriber's status status "unsubscribed" could mistakenly be changed to "subscribed". This has been fixed with this version.

- This plugin supports the "connected sites" option of MailChimp.

- There is a new status bar which shows the current progress of the synchronization.

- Several settings have been improved.

Attention: This version has numerous of changes. We implemented a new settings panel. If you use version 1.0.0 re-enter your information in the newly created panel. Additionally make use of the function which is mentioned below this text as #3.

Changes:
1. A new settings panel has been introduced.
2. The synchronization can be reset.
3. Customer data as "Total spent", "Number of orders" can be resend to MailChimp.

(1)
Mailchimp Newsletter Synchronization by Torben Tschechne und...
Synchronize all existing and future Newsletter subscribers to Mailchimp. The plugin has many options to fit all your needs. Additionally it supports GDPR Forms.
from € 29.00*
BUNDLE

(9)
Smart search by shopware AG
Make every product in your shop findable, even with typos, incomplete entries etc. Increase the successful searches of your customers and increase their satisfaction.
from € 30.00*

Form as Shopping World Element by 426agency
With this plugin you can embed shopware forms into Shopping Worlds. Forms can be embedded in any page and are responsive. You can select any form you previously created in the backend.
from € 4.00*
Customers also viewed

(1)
Mailchimp Newsletter Synchronization by Torben Tschechne und...
Synchronize all existing and future Newsletter subscribers to Mailchimp. The plugin has many options to fit all your needs. Additionally it supports GDPR Forms.
from € 29.00*

Mailchimp Newsletter Synchronisation by Torben Tschechne und...
Automatically synchronize all existing and future newsletter subscribers in Shopware to Mailchimp. Easy setup and automatic synchronization to keep all subscribers synchronized.
from € 29.00*

Mailchimp Newsletter Synchronisation by RAEN GmbH
New Newsletter Subscribers in Shopware are synchronized with Mailchimp in realtime. You can use Mailchimp do do your email marketing and collect subscribers from your Shopware shop!
€ 79.00*

(1)
Form Mailchimp Integration by RAEN GmbH
Import Email-addresses from a shopware form directly into a MailChimp list (for optin-forms etc.). Like this you can use Mailchimp forms to start your email marketing.
€ 49.00*