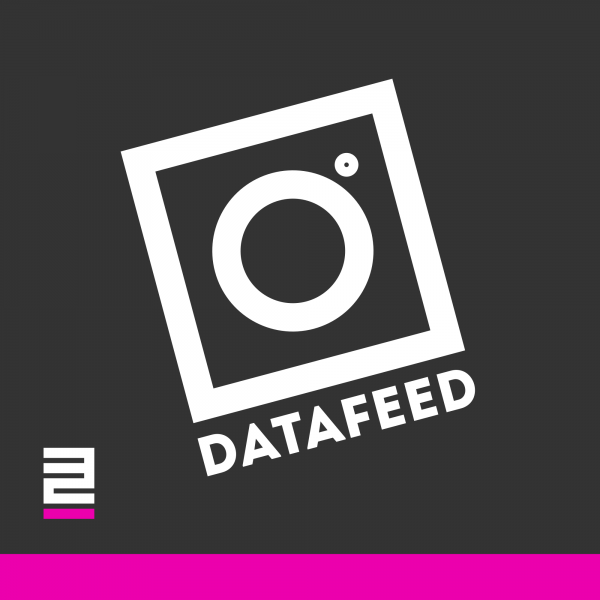 Generates a CSV data feed via cronjob which can be used to create products in a Facebook catalog and thus for Instagramm.

The generated CSV file contains all fields Facebook requires. These are in detail:
id,title,description,availability,condition,price,sale_price,shipping_weight,link,image_link,brand,product_type,additional_image_link,item_group_id,custom_label_0,inventory,size,color,gender,age_group,pattern,google_product_category

Please ensure that the product images taken are present at least in the resolution 600px x 600px. Nevertheless, Facebook imports images with a lower resolution but provides them with a corresponding hint. Variants can be exported on request.

Please take a look at the documentation and installation instructions if there are problems creating the CSV file.

Are you satisfied with our plugin and our service? Then rate the plugin in your Shopware account. With this you support us to develop further plugins in the future. Many Thanks ;)

You will find a detailed description in our operating instructions: (currently only german)
https://docs.google.com/document/d/1JImbQzs_v8tR0YuQh7nDl9fe59GUZtpj-PZeJ_JgAeU/

If you do not want to transfer your entire product range to Facebook or only advertise a selection of products on Instagram, you can create a new main category (root level) to assign the desired products to and select this category in the plugin settings.

1. CSV file is not generated

2. Prices are displayed incorrectly in Facebook
Check the currency settings "Select Default Currency" in the datafeed settings on Facebook. These should match your shop currency. In most cases this will be EUR - Euro.

- Articles from inactive categories are no longer included in the export.

- Fix of possible problems when calling the service bst_insta_shopping.component.export_handler

Adjustment of the category exclusion logic as these may not have been processed correctly.

Extension of the configuration to include the option of using the conversion factor for container articles. Example: Package price € 20 (basic unit 1, content 2). If YES, € 10 will be taxed in the feed. With NO € 20

Extension of the configuration to exclude articles of certain categories as well as articles for which a definable free text field is set.

Extension of the configuration: Stocks can now be transferred "in stock" even if the stock quantity is 0. For shops that produce their products on demand and do not keep them in stock.

Expansion of the configuration to set a global manufacturer (brand) and control of the EAN in the feed.

Extension of the field attribute mapping. The following fields can now be controlled in the feed: size, color, gender, age_group, pattern. Further information at:
https://developers.facebook.com/docs/marketing-api/catalog/reference/#supported-fields

Extend Feed with new field: inventory which contains the inventory of the article.

Optimization of the image paths: Variants of main images are now correctly recognized. In the list with the additional product images, the main image is now omitted. Fixed issue with assigning the main item number to the item_group_id field.

Bugfix: With Shopware version < 5.6 there were problems with the export

Extension of the configuration by the field "Base Path". If the corresponding shop runs in a subdirectory, this has not previously been taken into account in the product links. In some cases "localhost" was used as the host when the feed was generated using cronjob. This has now been fixed.

Fixed UTF-8 coding of the CSV

If the product group ID is not specified, the SKU of the main article is used for variant articles to import variants into Facebook

Feed urls are now copied to the clipboard after being created in the plugin configuration so that they can be pasted directly into Facebook.

Use default value 0.000 kg if article weight not defined

Fix SQL error if the selected category has only 1 level or the products are directly assigned to the category. Implement Debug mode.

Extension by the fields custom_label_0, product_type and shipping_weight

Extension by the fields additional_image_link and item_group_id. The "brand" field can now optionally be provided with the manufacturer number instead of the manufacturer name. For the product group see: https://support.google.com/merchants/answer/6324507?hl=de

Use cache media path in csv

Bugfix when saving the plugin configuration under Shopware versions smaller than 5.6

Extend configuration by specifying the customer / price group. CAUTION: If the article has no price for the selected group, the article will not be exported!

Major performance optimization. The export is now very fast, even with large quantities of items.

If the Google product category is maintained at article level in your shop, this can now be specified via the corresponding attribute (free text field) in the plugin configuration.

Optimization of feed generation because of some issues with the Discovery category for some customers. Feed can now be created via a separate button in the configuration.

Extend the configuration to exclude items without stock from export.

(4)
Facebook Pixel by Biloba IT
With Facebook Pixel you can measure various interactions of Facebook users with your shop and use them for targeted marketing on the social media platform Facebook.
from € 3.99*
Self-Hosted
BUNDLE

(1)
Cookie Consent Style: Free design of cookie... by brainstation
Prominent display of the "Accept all" button when active to force user selection. Free color design of the consent with the included buttons.
from € 2.90*
Self-Hosted

Cookie Consent Plus - extension for Cookie the... by 8works
Extended Cookie Consent Manager as an cheap solution for shopware. Higher acceptance rate, intuitive layout & many setting options according to GDPR & ePrivacy standards.
from € 14.90*

(10)
Return shipments by digitvision
PLUGIN OF THE MONTH - Customers can create a return shipment directly and conveniently from an order (incl. DHL label) Handling of returns made easy! Complaints with DHL Label!
from € 25.00*
Self-Hosted
BUNDLE

(15)
Customer Friendly Product Reviews by Tanmar Webentwicklung
Use the purchase experience of your customers for a better conversion rate. This plugin sends review reminders to your customers and helps you to get more authentic customer reviews
from € 9.90*

(11)
Shoppable Instagram Feed for shopping worlds... by Proxation GmbH
Import Instagram pictures from your channel into your shop and tag one or more products which are displayed in the pictures. Social Proof par excellence!
from € 25.00*

(14)
Instagram Emotion element by alphanauten - Agentur...
This plugin allows you to display content of instagram in your shoppingworlds. You have the choice between many different display settings like grid, slider and some others.
from € 29.00*
Self-Hosted

(1)
Show Instagram Feed via hashtags in shopping... by Proxation GmbH
This addon for the Instagram feed plugin from Proxation adds the feature to display Instagram picture in the Instagram shopping world element based on their hashtags.
from € 12.00*
Self-Hosted

Facebook Shopping Export Professional by coolbax
Creation of a product feed to import articles into the Facebook shop. All important attributes can be set in the product details and in the categories module.
from € 12.50*