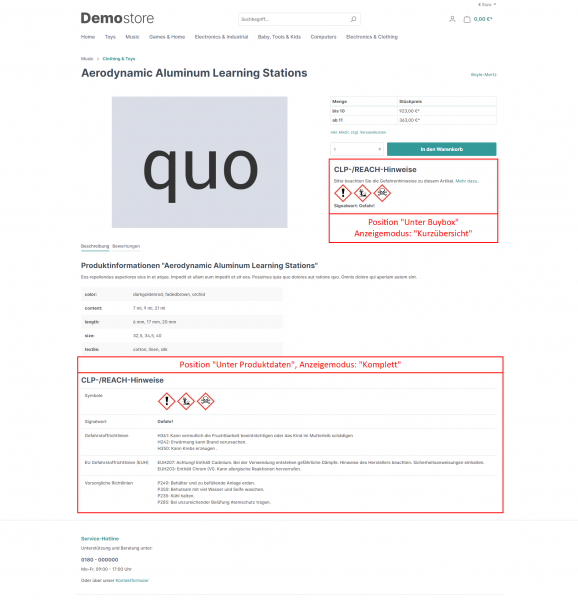 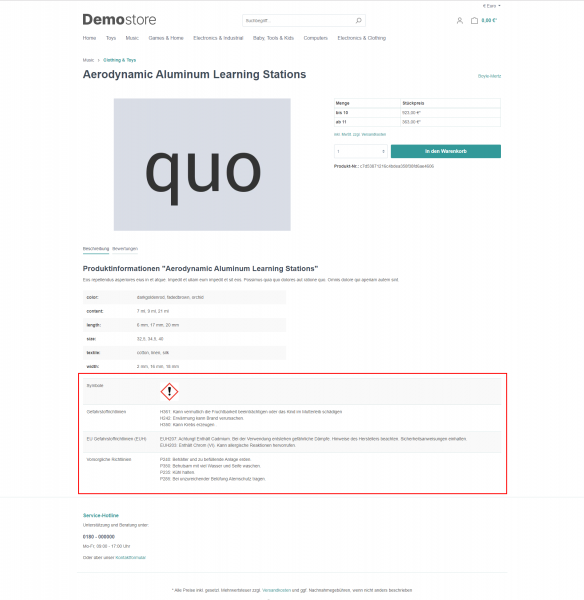 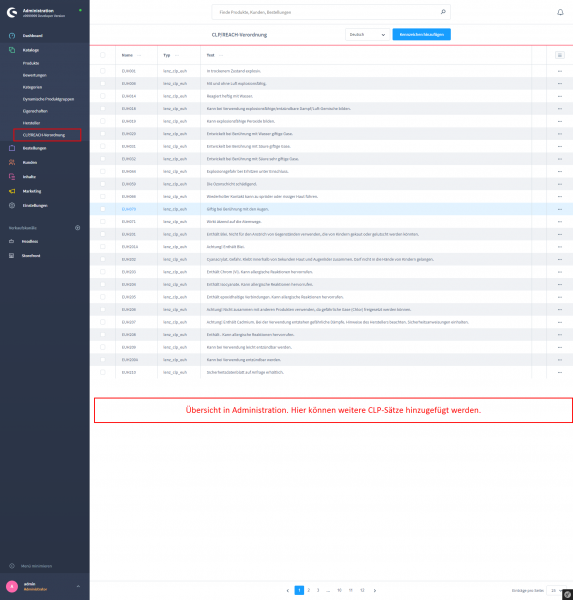 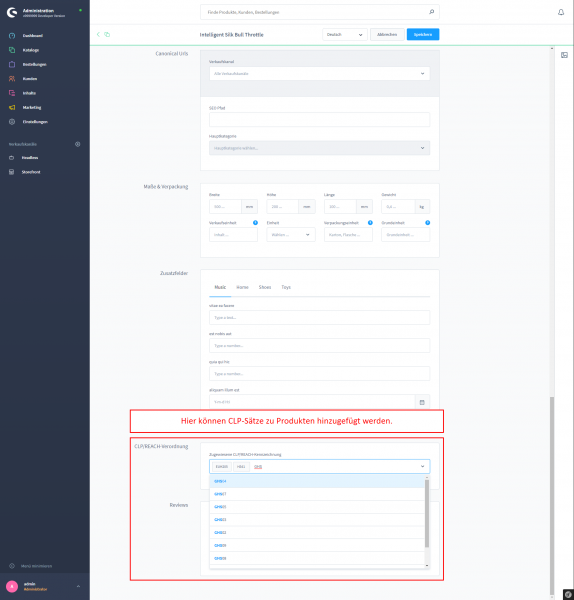 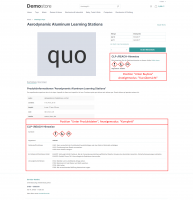 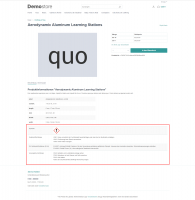 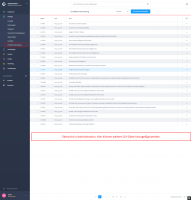 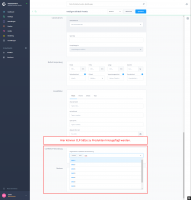 This app is available for Shopware 5

- BUGFIX | Some CLP-Sentences were not shown.

- BUGFIX | Update slugs to be compatible with new importer.

- IMPROVEMENT | Custom type entries can now be shown in Storefront.

- BUGFIX | Inheritance did not work properly.

(1)
FSK 18 Verification by 8mylez
Do you sell products that are only approved for ages 18+? The plugin adds a checkbox to each article to mark it as an FSK 18 article. The identity card is then requested in the checkout
€ 199.00*

Statistics Professional SW6 by coolbax
A representative decision for your purchasing system, which can be differentiated by help and time period and sales channel. Presentation as a diagram and table.
from € 16.99*

Social Sharing via Shariff by netzperfekt
This app integrates the well-known social sharing tool "Shariff" (c't) and offers many options. The buttons can be displayed on the product page, in the footer and fixed
€ 10.00*

Packstation by Repertus GmbH
Allow your customer to add a DHL Packstation or post office as shipping address. Customers can enter the address themselves or use the search function.
from € 19.95*

(1)
Auto-Complete by Proxation GmbH
Speed up your checkout process by auto-suggesting adresses and reducing spelling mistakes! Ensure the best possible data quality be enabling suggestions to the user.
from € 17.95*

Responsive show & hide for Shopping Experiences by FlinkFactory
This plugin finally makes it possible to create layouts for different devices. For this it offers the possibility to show & hide sections and blocks based on the display sizes.
from € 14.99*

CLP Guideline easy by LENZ eBusiness GmbH
Set CLP-pictograms, CLP-dangerwords und CLP-hints for articles. This plugin supports the CLP-texts on variant base, so you can set different texts for variants.
from € 14.90*
Self-Hosted

(2)
CLP regulations for articles by Nimbits
The "CLP Article Regulations" plugin allows you to display symbols, signal words and related phrases on the article page. It is possible to individualize phrases and adding new ones.
from € 24.90*

(3)
Blog for Shopware 6 by shapeandshift
The free open-source blog plugin for Shopware 6 integrates a blog functionality into Shopware including a block-style editor, which makes writing articles extremely easy.
Free

VATID Validation PRO for B2B (SW6) by LENZ eBusiness GmbH
Validate your customers vat ids with our vat id validation plugin. This is needed if you want to send tax free deliveries in other eu countries to be safe.
from € 50.00*
Self-Hosted

(3)
WMW CLP Information by Webmasterware.net GmbH...
Provides tools to label your articles (supports variants) according to the european CLP-Regulation (Classification, Labelling and Packaging of substances and mixtures).
from € 24.95*

(26)
ThemeWare® Modern | sales increasing and... by TC-Innovations GmbH
ThemeWare® is the revenue increasing, customizable and optimized shopware theme with countless functions. In addition, you get the knowledge you need to maximize your success.
€ 497.00*

(1)
Order comments (SW6) by LENZ eBusiness GmbH
Give your customers the opportunity to give you specific information via comment form in the last checkout step. You can add as many questions as you like.
from € 20.00*

Header Global Menu by swpa
The extension provides you with the fastest and most convenient access to the frequently used functions of the Shopware(Cache, Reindex, Logs etc.) in the administration from any page
Free

(87)
ThemeWare Modern | Customizable Responsive Theme by TC-Innovations GmbH
With ThemeWare® you decide upon an extreme customizable and sales-promoting responsive Shopware Theme offering you a large range of functions in addition.
€ 497.00*